This season London Collections Men (10th - 13th June 2016) continues to showcase the very best creative and design talent from around the world through a packed schedule of shows, presentations, installations, dinners and parties.

59% of men have purchased clothes online in the last 12 months (Mintel’s British Lifestyles 2016) This season there will be 32 catwalk shows, 25 presentations, 55 designers in the Designer Showrooms, 5 digital presentations and 21 brands hosting events.

180 Strand is the sole hub for activity during LCM June 2016. The venue will house the main BFC Catwalk Show Space on the ground floor for the second season and the BFC Presentation Space and Designer Showrooms on the first floor.

After four years (since the very first LCM) Aitor Throup returns to the LCM schedule. 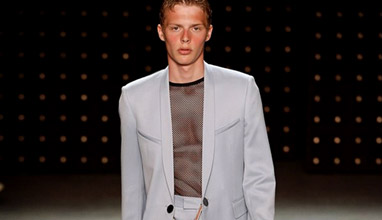