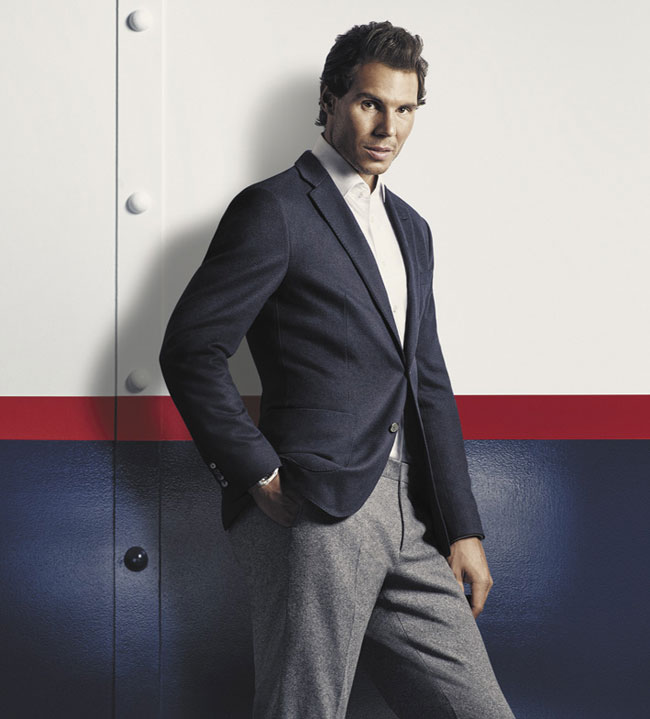 “Our ongoing global ambassadorship with Rafael Nadal continues to resonate with our consumers worldwide, driving a strong commercial impact globally across our men’s categories,” said Tommy Hilfiger. “Nadal’s campaigns speak to and engage our next generation of Tommy fans – he’s confident, cool, and doesn’t take style too seriously. We’re excited to introduce the third season of this collaboration.”

The campaign was shot in Palm Springs, California, by photographer Mikael Jansson, and styled by Sean Spellman. Inspired by Nadal’s active lifestyle, it portrays three universal moments: “Down Time,” “On The Road,” and “Strictly Business.” For each occasion, Nadal wears a different THFLEX Rafael Nadal Edition suit that has been expertly crafted using high-performance Italian-made fabrics. Made for modern movement, the selection of single and double-breasted suits is designed to meet the active demands of today’s lifestyle with a compact handfeel and improved wrinkle-resistance. The result creates an unprecedented level of stretch and guaranteed comfort, celebrating tailored sophistication and innovation in iconic menswear classics. 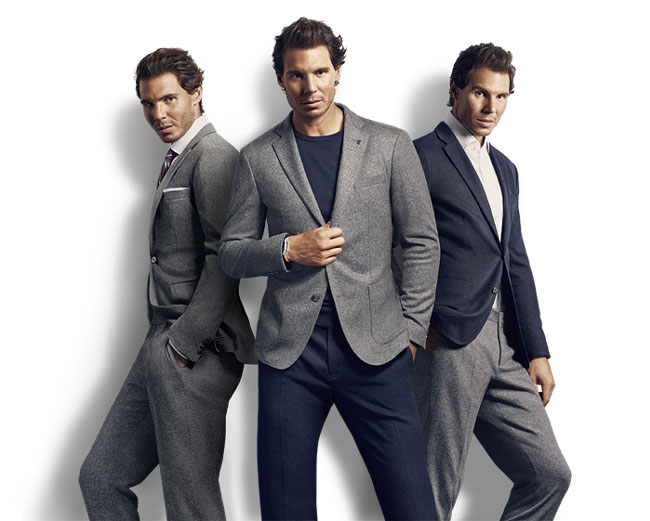 “Tommy designs are cool, sophisticated and easy to wear, and I’m excited to continue my partnership with the brand in Fall 2016,” said Nadal. “Whether I’m traveling to a tennis tournament, at a red carpet gala or having a casual dinner with friends, I know there’s always a perfect Tommy Hilfiger design for any occasion, from day to night.”

In addition to Tommy Hilfiger Tailored, Nadal continues his ongoing ambassadorship for Tommy Hilfiger underwear and fragrances. The brand’s partnership with the tennis star began in Fall 2015 with impactful campaigns and a one-of-a-kind pop-up tennis event in the heart of New York City. The collaboration continued in Spring 2016 with the launch of the innovative THFLEX Rafael Nadal Edition capsule.

Born in 1986 in Manacor, Spain, Nadal has ranked amongst the world’s top five tennis players since 2003. Widely regarded as one of the greatest professional tennis players in history, at the age of 24 he became the youngest athlete to complete the “Career Grand Slam” and is the second male player in the world to have completed the “Career Golden Slam” after winning the French, Australian and U.S. Opens, Wimbledon, and a 2008 Olympic gold medal. Nadal currently holds a record for his nine French Open victories – the most won by a single player – including five consecutive title wins.

If you like Rafael Nadal's style, you can vote for him in Most Stylish Men contest.