A Netherlands-based men's suit company has faced a social media backlash in response to an advertising campaign featuring men embracing.

Many of the videos and photographs in it showed men holding or touching each other, as well as two men kissing. 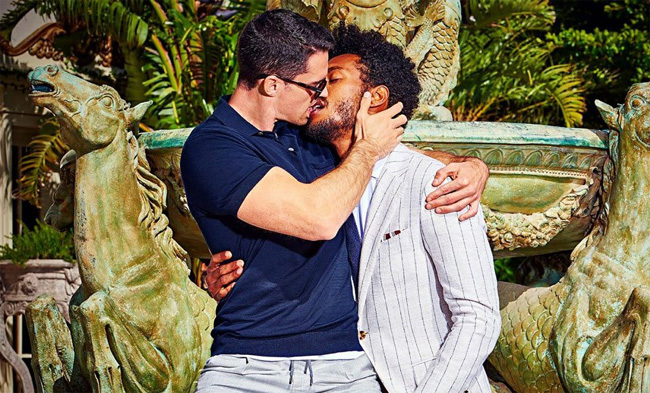 The ad campaign it's running for spring/summer 2018, called "Find your perfect fit," prominently features gay imagery, including two men kissing and touching. The ads were posted on Facebook, Instagram, and Twitter, in addition to appearing in Suitsupply stores across the globe.

The backlash was swift with Suitsupply’s Instagram account losing 12,000 followers, according to the company. The image on Facebook has also amassed over 600 comments with people of all agendas chiming in with their opinion on Suitsupply’s latest marketing stunt.