Manufacture Jaeger-LeCoultre, the reference in Swiss fine watchmaking, is inaugurating a new showcase in Cannes to present its collections and its exceptional expertise. Cannes thus becomes the third Jaeger-LeCoultre Boutique in France, alongside the two already located on the Place Vendôme in Paris and in Lyon, and the 28th boutique worldwide.

Between the red carpet ceremonies before the daily screenings of the films competing for a set of awards including the prestigious Palme d’Or, the 62nd edition of the Cannes International Film Festival sees the unveiling of a new Jaeger-LeCoultre “embassy”. The official opening was presided over by the elegant Jaeger-LeCoultre muse, Diane Kruger, the Deputy Mayor of Cannes, Bernard Brochard, and Jaeger-LeCoultre CEo Jérôme Lambert. 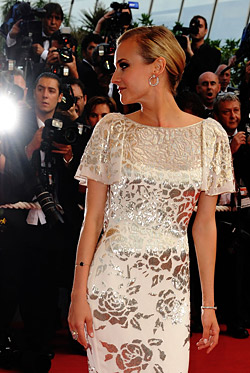 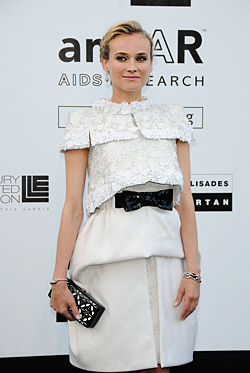 Cannes, a dream town for a dream brand

As the international film capital graced with stunning sea views and sun-drenched charm, Cannes inspires dreams the world over. It is the very emblem of luxury and excellence, values shared by the Swiss fine watchmaking brand renowned for its quality, innovation and daring.

The new Jaeger-LeCoultre Boutique, run by the Julian family which has been partnering Jaeger-LeCoultre for many years, enables both locals and visitors to discover, or renew their acquaintance with, the reference watch brand endowed with a taste for challenges and creativity matched only by a passionate dedication to its art.

The collections are presented within an interior design with a display concept reflecting the Art Deco spirit and playing on symmetry, geometry and pure lines. Subtly graded shades of ochre are associated with authentic materials such as leather, American walnut wood, steel and slate. This magnificent setting echoes the calm and serenity of the Vallée de Joux, the enduring source of inspiration for the “artisans of time”. 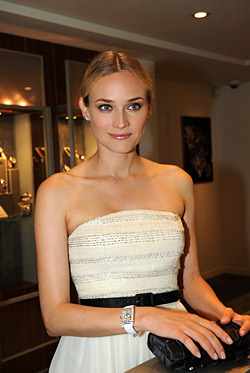 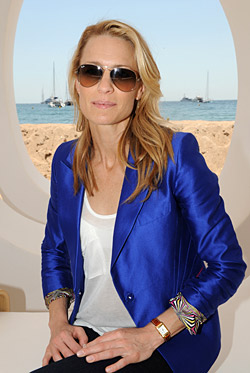 Diane Kruger, the Jaeger-LeCoultre muse since 2007, embodies the epitome of elegance and glamour in each of her public appearances. Currently featured in the latest Quentin Tarantino film, Inglorious Bastards, and in Lascars by Vincent Cassel, Diane Kruger took the opportunity of her stay on La Croisette to inaugurate this new Jaeger-LeCoultre Boutique and to admire the new release from the Manufacture. For this auspicious occasion, she wore a Reverso Squadra Lady fully set.