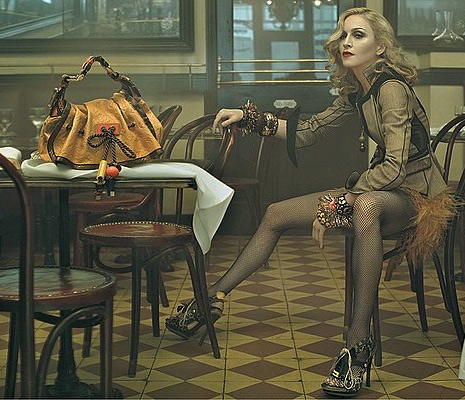 The pictures - which were taken in New York in April by Steven Meisel - are rumoured to be accompanied by a video of the 50-year-old singer.
Steven shot the last set of pictures featuring Madonna after taking over from Mert Alas and Marcus Piggott, who had worked on Louis Vuitton campaigns for six years. 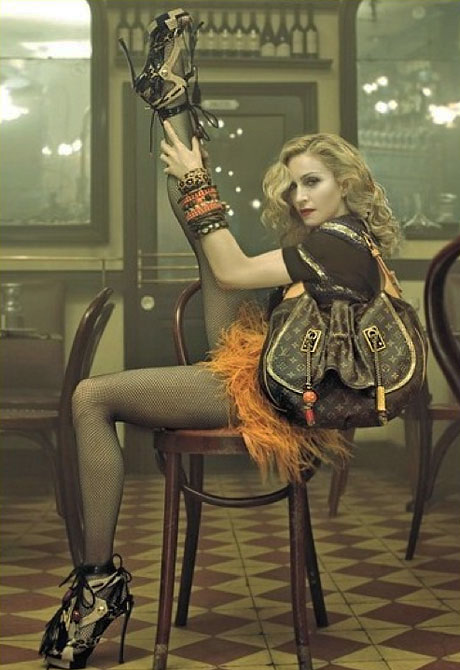 The pictures showed a scantily-clad Madonna in a series of raunchy poses, including one where she was reclining on a sofa with a bag dangling from her stiletto heel and several where she wore fishnet tights.

Creative director of the brand Marc Jacobs said at the time: "I just blurted out, 'I think we should do Madonna.' I had just seen her in concert and I was totally just blown away by it, and moved by her performance, by what she had to say, and her energy. It was her idea to do the fishnets."

Madonna has previously spoken of her love of working with Steven, telling America's Vogue magazine: "I know that I love him. You get sucked into his aura. He knows things.

"Before I worked with him, I just showed up in the clothes I was wearing, stood in front of the lights, and got my picture taken. With Steven, a team of people descended on me, started to undress me. Someone grabbed my hair, another grabbed my face, another started helping me try on various bits of clothes. He was the first person to introduce me to the idea of reinvention."
Hits: 26400 | Leave a comment
Tweet
Author Fashion.bg