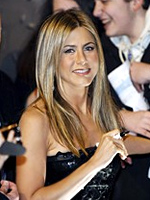 The actress who became famous with her role in “Friends”, has created her own perfume line, after turning down a number of offers to become a celebrity spokeswoman for established perfume lines, reports Starpulse.

"I had been asked to put my name to many but I wanted to be involved in the process from the initial idea of the scent to the ad campaign. I am very proud of my fragrance", said Aniston.