The Duchess of Cambridge gave birth to a baby boy 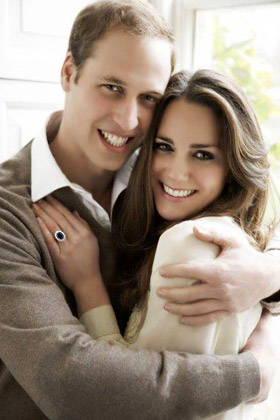 The baby, weighing 8 pounds and 6 ounces (3.800 kg), is third in line to the British throne, behind his grandfather, Prince Charles, and his father, Prince William. He is Queen Elizabeth's third great-grandchild.

'The queen, The Duke of Edinburgh, The Prince of Wales, The Duchess of Cornwall, Prince Harry and members of both families have been informed and are delighted with the news. Her Royal Highness and her child are both doing well', the palace said in a statement.

Royal babies are typically born within one year of marriage. Princess Diana gave birth to William 11 months after her wedding and the Queen gave birth to Prince Charles six days before her first wedding anniversary.

Prince Charles expressed his joy and excitement: 'Both my wife and I are overjoyed at the arrival of my first grandchild. It is an incredibly special moment for William and Catherine and we are so thrilled for them on the birth of their baby boy. Grandparenthood is a unique moment in anyone's life, as countless kind people have told me in recent months, so I am enormously proud and happy to be a grandfather for the first time and we are eagerly looking forward to seeing the baby in the near future.'

This birth marks the first time in almost 120 years that a reigning monarch, Queen Elizabeth II, 87, is alive at the same time as three generations of heirs: Prince Charles, 64, Prince William, 31, and, now, the latest addition to the family. He will someday be the monarch of 16 sovereign states and commander of the British Army, among having other royal responsibilities.