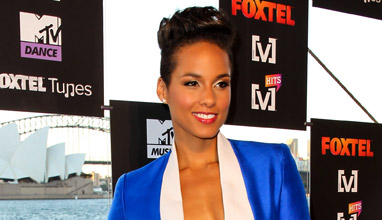 Alicia Keys is the new face of Givenchy

Alicia Keys has become the new face of Givenchy's perfumes.
The singer signed the first contract for advertising cosmetic perfume at the department of the French fashion house and she will be the face of their newest scent, which will be released in September.