It is official! The pageant's organization chairwoman, Julia Morley, has announced that Miss World (founded in 1951) will no longer feature a swimsuit round in their competition.

'The organization has decided to take itself out of the swimsuit world because it isn't the path they're trying to take,' said Chris Wilmer, the national director of Miss World America/Miss United States organization.

'It's not just a beauty contest, it's 'beauty with a purpose'. There didn't seem to be a purpose to have the swimsuit.' 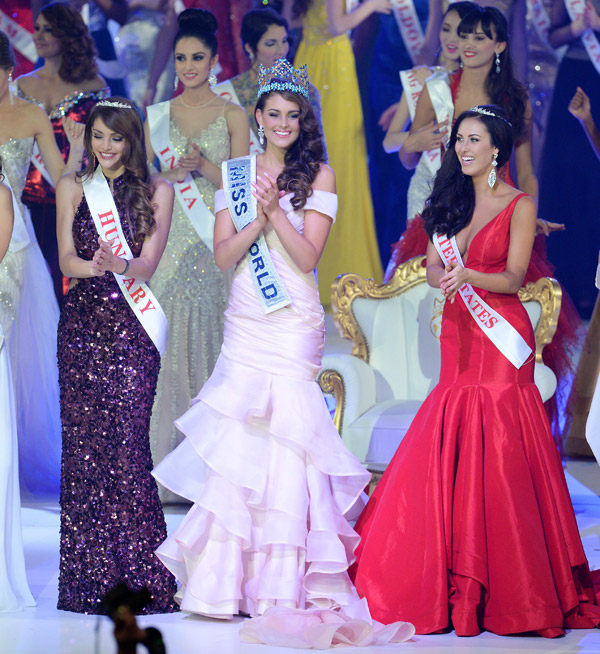 'Miss World should be a spokesperson who can help a community,' Wilmer told ABC News. 'She's more of an ambassador, not a beauty queen. It's more about the outreach and what a woman could do with a title like Miss World.'

'I salute the miss world organization for their efforts to try and modernize,' Wilmer affed. 'Pageantry is an age old industry and I think with Julia getting rid of swimsuit and making it more of a lifestyle competition sends a strong message and I applaud her for it.'

On December 14, Miss South Africa, Rolene Strauss, became Miss World 2014 - that was the last event with a bikini round.