At the charity, which was held under the patronage of Mrs. Tsvetanka Kalfin, special participation took the violin player Ivan Staykov. He is the first musician in a charity campaign for helping talented young people, which MARKAM organizes.

Each year the team of the fashion house will hold a competition for painters, musicians designers and singers which will be helped. Part of the revenue of the new autumn-winter collection will be donated for the education of the talented young musician, holder of may prizes, one of which is the gold medal in the contest for performance artistry “The gift of Orpheus” – 2006. 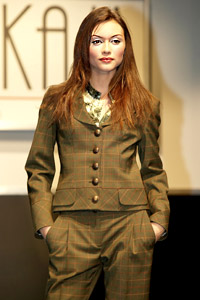 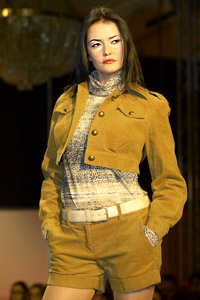 “Seventy meters of sheer white fabric encompassed the stage in Sredets hall.” The spectacular packing is done for the first time in Bulgaria and will remain a trademark of MARKAM. The opening of the scene and the presentation of the exclusive models of the new ”widely-tailored” collection of fashion house MARKAM was met with extensive applauses. 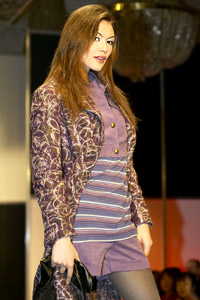 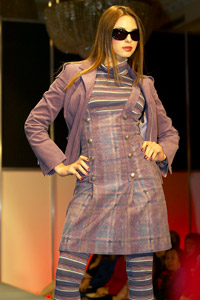 Among the guests of the happening were H.E. Mrs. Heba Elmarasi, ambassador of Egypt in our country, Mrs. Fatima Shii, wife of the ambassador of Morocco, accompanied by her daughter, the wife of the Japanese ambassador Mrs. Fumie Fukui, Mrs. Ana Maria Vaka, administrative attache of the embassy of Argentina and many others

The review was also watched with great interest by Mrs. Eleonora Nikolova and Mrs. Silviya Aleksieva, members of Parliament.

BUSINESS - The most business part is not deprived of beautiful provocations and contrasts – from gloss to mat black, grey and white to elegant and complex colours.

CITY GIRLS - Explosion of vitality and free spirit – fashion for the free time with a lot of sportive details.

IN FOCUS - Concentrated on the newest tendencies for the season. The surprises are everywhere – in the colour combinations, materials, leather and metal accessories, the contrasts between smooth and rough surfaces, satin and embossed structures.

EXCLUSIVE - Inspired from seemingly incompatible styles – from Gothic and classical to pop, rock and punk the exclusive ensembles of “MARKAM” create a real feeling of class.

At the review were also presented the Bulgarian fashion glasses KWIAT, FLAVIA shoes, the Italian company for zippers Opti and COATS – accessory materials for the fashion industry. 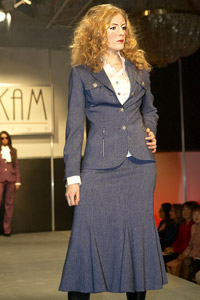 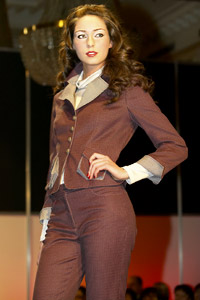 The production of fashion clothing under the brand of MARKAM starts in the beginning of 1990. Today the company is one of the biggest producers of high quality ladies’ wear in Bulgaria. The gracious models are preferred by the refined ladies in the country as well as in Europe, Asia and America. For a few years the company is represented in the Czech Republic, Slovenia, Croatia, Serbia, Belgium, the Netherlands and Luxembourg. Since the beginning of 2007 MARKAM prepares three new representations in Sweden, Austria and Spain. The major goal of the team is to create a distributing network all around Europe during this year.

The biggest foreign market for the clothing under the MARKAM brand is in Russia. The company has its own showroom in the country, where it sells its merchandise to the local traders. 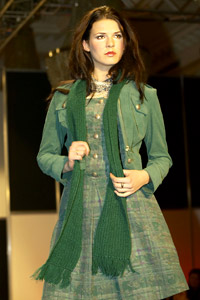 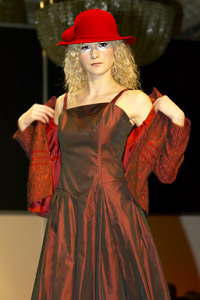 During 2006 was introduced into exploitation a new modern factory, in which work more than 250 people total. The specifics in the designing and producing clothing are that each line is structured as a separate manufacturing unit with its own team. In each department there are two designers and five workers. The teams develop the models with a sense of creativity, finding the perfect balance between ideas, attractive materials, uncompromising quality and affordable price. The pure line of the models, combined with the unerring sense of contemporaneity is the work of the chief designer of MARKAM Nikolay Buzov.

Recently the company opened its first store in the country. It is situated in the new mall “Sky city” in Sofia.