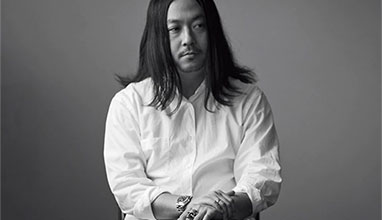 Fumito Ganryu to launch the label ‘FUMITO GANRYU’ as the Designer Project at Pitti Uomo 94, Joining the line-up for the upcoming fair, following the announcements of Craig Green as Menswear Guest Designer, Roberto Cavalli as Special Guest and the “FANATIC FEELINGS - FASHION PLAYS FOOTBALL” exhibition. 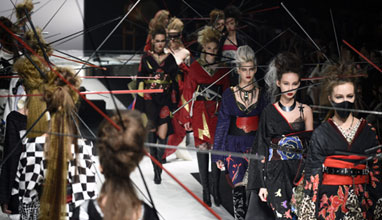 Tokyo Fashion Week presented new and surprising insight into the kimono this weekend. And the reason of the interest of designers to traditional garment is that it is back with a full force in the modern women's wardrobe. 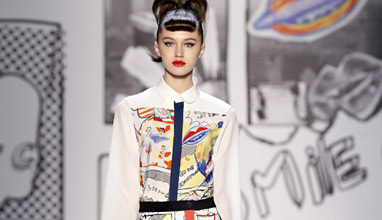 The Fall/Winter 2015/2016 Ready to Wear collection by Tsumori Chisato was presented this morning during the Paris Fashion Week, in Paris, France.
I fell in love with this collection at first look. The designs and prints are eyecatching and unique. Gabriel Baradee graduated from Japanese studies (Bachelor) in Vienna and Berlin and received his Diploma from ESMOD Berlin (Ecole Supérieure des Art et Techniques de la Mode). He could gain international experiences in London and Tokyo. Highlights of his career so far have been the establishment of his label by the “moving showroom” concept with fashion shows in Berlin, Vienna and Zurich (2009), the collaboration with Eva & Adele for the Art Basel Miami Beach 2010, and the “Best Newcomer Award 2012” of the Vienna Awards for Fashion and Lifestyle. In January 2013 he showed his work at the lavera Showfloor during the Berlin Fashion Week. Since 2011 he annually presents his label at the MQ Vienna Fashion Week. The Mercedes­-Benz Fashion Week TOKYO 2015 S/S started from October 13th! There will be 48 brands participating in the fashion show and installation from the 13th through the 19th.