"Sales in the Textile Care, Fabric and Leather Technologies sector rose by 11.4 percent in real terms in the months from January to August 2018 compared with the previous year," explained Elgar Straub, Managing Director of VDMA Textile Care, Fabric and Leather Technologies, at the industry meeting and general meeting of the trade association in Munich. Similarly, exports by the sector, which brings together manufacturers of sewing and garment technology, shoe and leather technology as well as laundry and dry-cleaning technology, increased by 6.2 percent in 2017 from 1.049 billion euros (2016) to 1.114 billion euros (2017). "Although times are still economically successful, many external components, such as Brexit or the trade policy of the US President, are nevertheless bringing considerable unrest to the markets," said G?nter Veit, Chairman of the VDMA Textile Care, Fabric and Leather Technologies. 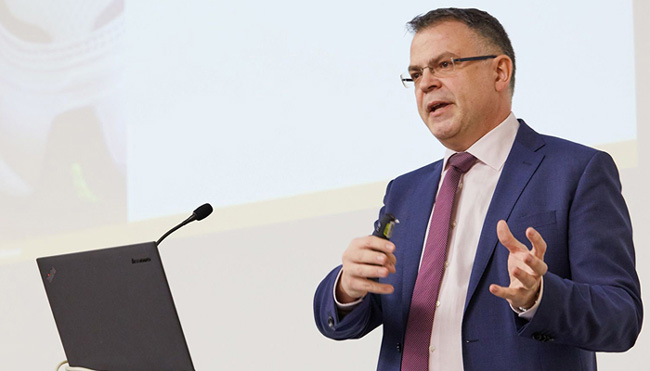 First European members on the board of VDMA Textile Care, Fabric and Leather Technologies "Only at the European level can we hold our own in international competition and master the coming years," said Elgar Straub. "The VDMA Textile Care, Fabric and Leather Technologies has already had several European members for many years, including members from Italy, Spain, Romania and the Netherlands. In order to take this development into account, the Management Board has decided to continue and deepen this European path and we are delighted that Fabrizio Giachetti, CEO of Morgan Tecnica SpA from Adro, Italy, and Guillem Clofent, General Manager of Girbau from Vic, Spain, have been elected to the Management Board of the association.”

Top Topic Free Trade
Protectionist measures in the US and other parts of the world are exacerbating the free trade debate. The export-oriented mechanical engineering industry is dependent on open markets, especially small and medium-sized enterprises, which cannot react by relocating production. The VDMA, together with its member companies, has therefore launched the "Thank you, free trade" campaign. The aim is to show how people in Germany, but also in the export countries of German industry, benefit in their daily lives from free trade.